All Testimonies > Faith & Hope > Against All Odds

When I was a child, I dreamed that I would follow in the footsteps of my father that went to two Olympic Games. My father was a Swiss champion in swimming, I was hoping to shine in tennis or soccer and then my worst nightmare happened...I lost all of my skills in one debilitating surgery!

My Brain Tumor was misdiagnosed for years and I was literally dying. In 1988 I had to have an emergency surgery. The surgery was performed by some of the best surgeons in Switzerland. The surgeons were using me as a "guinea pig" in a brand new technique but the odds of success were dim as I had a thirty percent chance of survival. After ten hours of surgery and intensive care, I had lost all my motor skills and did not know why God had saved me. I was in shock at what was happening. But the situation become even worse when the doctors made my prognosis for the future, "I would maybe walk in a year, maybe finish high school one day, could not swim, higher education would be out of the question and I would never have a normal life".

I was resigned to give up on life but the turning point for me was when my parents placed me in a rehabilitation center for a week and I saw young children my age with various handicaps fighting with the best of their abilities. I decided then that I would do the best with what God gave me, I had seen people with worse handicaps than me doing their best and I had no right to give up. Although I was working hard in physiotherapy etc... I was going through heavy depression and it was tough remembering things I could do at thirteen but I comforted myself in knowing that as long as God was with me I would be okay.

From that day I fought regaining my balance little by little and walked in six months, I graduated high school, swam at a third division school, went to College and completed a Bachelors and Masters Degree. I also self published a book of my experiences with a Brain Tumor in the hope of helping and motivating people never to give up in the face of adversity.

Twenty years later God's purpose for me to survive and keep fighting was showed to me when I last expected it. I met my future wife on the internet when I was in New York and she was in Spain. What united us was her strong faith in God as she had overcome utter poverty in the Dominican Republic. She overcame very tough odds of success and she did it all thanks to her faith in God. I moved with her in Madrid and later we would get married in Stamford, CT. Today we are living in Boston and have a beautiful three year old daughter.

I still have irrecoverable double vision, a nystagmus, coordination and balance problems but I have learned to ignore them and focus on God's blessings in our lives.

"And the prayer of faith shall save the sick, and the Lord shall raise him up; and if he have committed sins, they shall be forgiven.” James 5:15 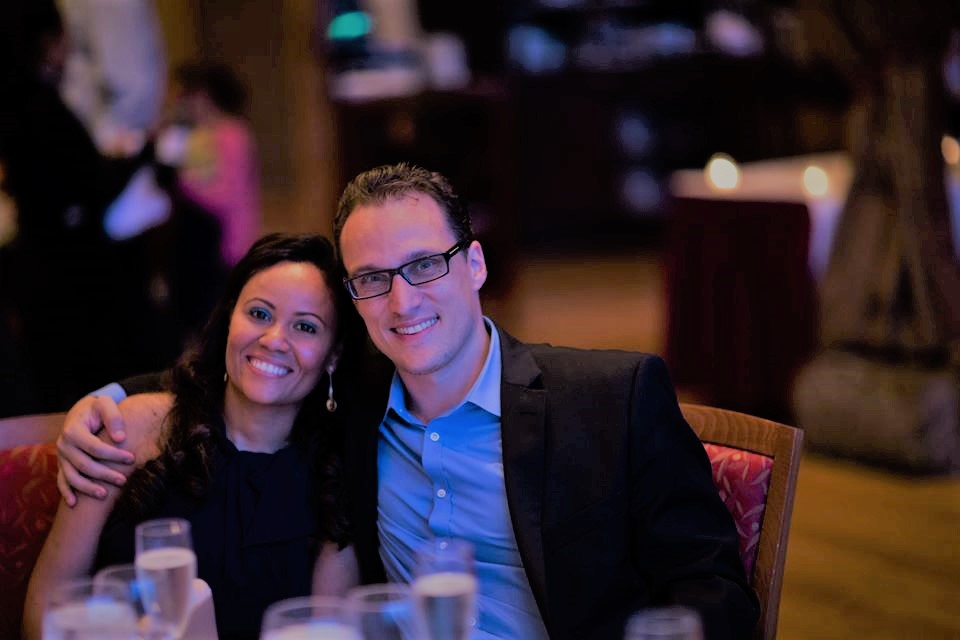