God's Plans vs. Free Will

US$3.95
(Kindle)
US$6.95
(Paperback)
Note: A version of this story appears in chapter 2 of my new book, "Proving God with Numbers, Second Edition", available now! 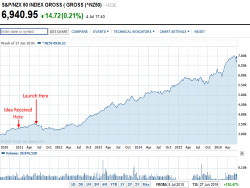 'As I was sitting outside, I suddenly received a divinely inspired business idea from God. It came down from above my head and down into my body. I knew everything about the business from beginning to end, in a moment of time'. Continued Below.

In this article I would like to discuss the topic of God's plans versus our own free will.

It is clear to me that the two are not always the same, and that we have in our power the choice to choose either our own or God's plan for our lives and those around us. The problem occurs when we choose our own will over God's, and this is where the plans that He may have for our lives or others can go astray!

If we assume that everything that happens is God's will, then we are saying that all the death, misery and destruction that occurs in the world is somehow God's will and that He is powerless to do anything about it. That clearly is not true! We are responsible for our own decisions and the consequences that go along with them.

That can best be illustrated by looking at some of the decisions that people have made in the Bible and the consequences that have come along with them.

If you take the example of Moses, probably the greatest prophet in the Old Testament, there is a prime example of where God's plans and his own free will were at odds with each other. God had intended for Moses to lead the Jewish people into the promised land of Israel and dwell therein. However, because Moses failed to carry out God's instructions correctly, he was barred from entering Israel and his mantle was passed to another.

The same thing can occur in our own lives! There was a consequence and a punishment for not obeying God's word or will, and the same thing can apply in our own lives today. If we fail to do what we should, we knowingly go against God's will for our own lives or the lives of others. That's where problems occur, and we can destroy God's plans for our life or those of others. There is always a consequence and a punishment for failing to do God's will. One way or another, someone loses. We all lose.

That's not to say that God cannot make something out of a bad situation, but that there is always a loss and a consequence and a punishment involved one way or another!

As an example, I can point to a situation in my own life where I know that God had different plans for my life, but because of the actions of another, these plans went unfulfilled.

Back in 2004, I set up a website with $40 using a credit card. I had no money at the time, save for a forthcoming tax rebate from charitable donations made in the previous year. I had no experience of running a website, and I didn't set it up as a business to make money - it was simply set up to help people learn about something that I wanted to learn about at the time - Foreign exchange trading. Within about 3 years, the site had begun to climb the Google rankings and became #1 in nearly every major sub-category of the retail foreign exchange industry in English around the world! God has truly blessed my business!

As a background, the foreign exchange industry is the largest financial market in the world, trading on average US$5 trillion every day! To put that in perspective, the U.S. national debt is currently US$19 trillion as of June, 2016. So, to be #1 in Google for so many popular search terms in my industry was quite an achievement! Me, working by myself from home, competing with and beating out billion-dollar forex trading businesses with their enormous marketing budgets was an interesting position to be in.

So, from that initial $40 investment, the site went on to make over $40,000 profit in my best month, and only took me a minimum of 30 minutes per day to operate and maintain. The majority of that time spent monitoring earnings, answering emails and other administrative tasks. Eventually in 2009, the time came to sell the website, having found I had lost interest in running it, and following the death of my little brother this only exacerbated my desire to quit the business.

After receiving a couple of offers for the site, I was approached unsolicited by a NASDAQ-listed company on the American Stock Exchange called "Internet Brands, Inc", who wanted to acquire the site. Unbeknownst to them they didn't know the site was already for sale. So, this seemed the answer to my prayers and a perfect fit to exit the business and for them to acquire it.

Immediately I knew that these were the people that I was supposed to sell my site to.

That was until they made their offer! Despite the site earning US$80,000 profit in the first four months of the year, and pointing out that my website would add US$2.5 million to their overall net worth, they offered me a miserly sum of US$400,000 - $500,000! That equated to around 2.6 - 3.2 times gross profit before allowing for a 10% management fee. This despite their own corporation trading at around 32 times net profit on the NASDAQ stock exchange. I had received higher offers from smaller companies with far less assets and market value! And they knew this!

Suffice to say I rejected their offer, despite knowing that these were the people I was supposed to sell to, just not at that price!

That is an example of how people fail to do the right thing and act in a fair and just manner. As a result of which, it took me a further 4 years to finally offload the site, and at a substantially lower price to what it was originally worth.

The greater consequence however of people failing to be fair and just is that the original plans that God had intended for my life were destroyed by that act!

How do I know this? Because God showed me His plans for me, when He revealed them to me in a moment of divine inspiration on December 26, 2010, almost exactly one year to the day that I received the final offer from Internet Brands above.

Not only this, but there were several other things that occurred to let me know that God had other plans, and that what Internet Brands did to me was not one of them.

The business idea that God had revealed to me in a moment of time on Boxing Day 2010, showing me all the salient points of the business from whoa-to-go in one moment of time, was something of a revelation for me, and not something that has happened before in my life. He showed me everything that I needed to know about the business in order to make it a success, including the concept, details about where to go, and even two exit strategies all at one time! It's a bit like knowing everything about something all at once! I knew it would succeed because it came from above and down into my body. I physically felt it and knew it as it came down above my head and into my body, stopping in my chest area. It's like your eyes being opened to something that you didn't know before and knowing it immediately! That's how I know it came from God.

However, if you don't believe me or you need proof, let me show you! In the graph below, I'll show you where God gave me the idea to start the business, and what has happened since.

The idea was for a proprietary share trading company, investing in the stock market to make capital gains. I received the idea on Boxing Day 2010, and would have launched the business in mid-2011. Take a look at what has happened on the New Zealand stock exchange since then. (Where I am from). Since around 2012, the market has been on a long uptrend, with a few minor corrections. It would have taken me up to 6 months to find my first 5 traders from launching in mid-2011, so 2012 should have been my first full year in operation. See the chart below:

You need to remember that back at the end of 2010 when I received this idea, that there was a lot of fear in the markets and overall uncertainty about the direction of global markets on the back of the global financial crisis of 2007/8. It was far from certain which way the markets would go and what would happen in the global economy.

Nevertheless, because I had received this idea directly from God, I KNEW that my business would succeed and therefore the global economy was likely to improve, and that would drive share markets higher, directly driving my business forward!

The only problem? Because Internet Brands was not just in their dealings with me, I was unable to start the business, not being able to find the capital to launch the business. So, what God had originally intended for me was scuttled by the choices of others. And that is the point of this article. God's plans or intentions for people can be overridden by the actions or choices of either ourselves or others, as we saw with Moses earlier. It is possible to put yourself or others in a place that God did not intend for them, and that is a loss for us all.

"Our Father which art in heaven, Hallowed be thy name. Thy kingdom come. Thy will be done in earth, as it is in heaven." - Matthew 6:9-10